Five years after Susan Dynner argued that Punk’s Not Dead, comes further proof of thriving Punk culture at its best from Finnish film-makers J-P Passi and Jukka Karrkkainen in the form of The Punk Syndrome. 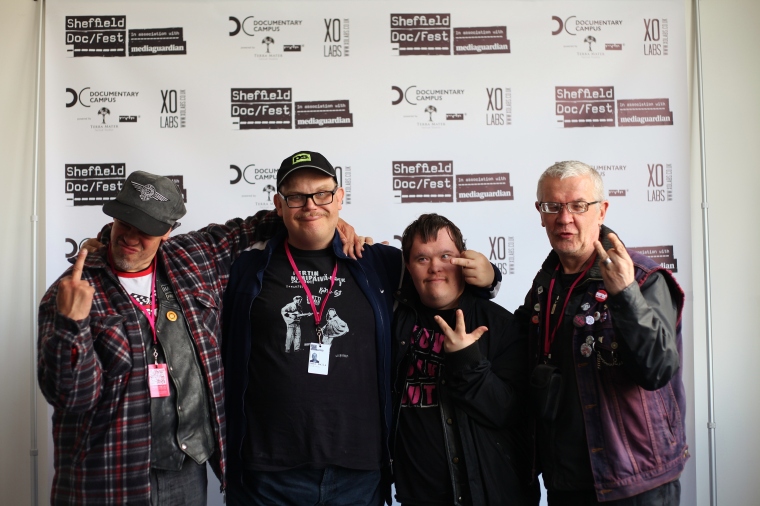 In band member Kari Aalto’s own words, “this film tells about the band Pertti Kurikan Nimipäivät… so it’s about one retard who sings punk and three retards who play punk. You should watch it and think about whether you should hate disabled people or love and respect them.”

The film makes no apologies for any of the band members’ fights, swearing, personal issues, or disregard for hygiene when Pertti is willing to go on stage with shit in his pants. The directors paint an honest, uncompromising, and humorous picture of the four individuals in the spirit of Punk, and leave behind the generically ‘safe’ way to represent mentally disabled people on film.

“Gone forever is the notion that the mentally ill person is an exception” – Karl Menninger, 1956

Watch our interview with the band, along with J-P Passi, at Sheffield Doc/Fest:

We later filmed the band playing to their many new fans at Article X after the screening of the film:

For more information about the film visit

With thanks to Anssi Lampola for Finnish translations

Watch the trailer for the film here: