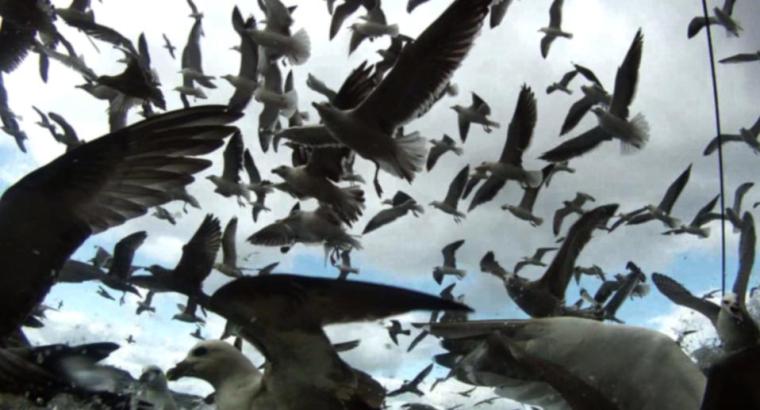 Filmed off the same New England coast that inspired Herman Melville’s Moby Dick, Véréna Paravel and Lucien Castaing-Taylor’s documentary on board a fishing voyage is a rare piece of immersive film-making that wakes the senses to the rhythms, and blues, of life at sea.

Just as Ishmael felt a “damp, drizzly November in [his] soul” and craved adventure, Leviathan calls for a viewer to shun anything too “respectable”, and ship as a common sailor rather than as a passenger. Blood, gruelling labour and fish guts included. Coincidentally the film is released in the UK on the 29th of November by Dogwoof.

Go-Pros and DSLR cameras are passed freely from film crew to ship crew, swung around with the movements of fishermen and lowered into the sea for a multiplicity of perspectives, where the film-makers would have no clue as to what footage will come out of the water, or even which way up the camera had been. In eschewing this type of cinematic consciousness, the immense power of the footage works on the same level as André Bazin’s ideas on the work of Jean Painlevé, the early pioneer of science and nature films, where “…in the most absolute proscription of aesthetic intentions, cinematic beauty develops as an additional, supernatural gift…The camera alone possesses the secret key to this universe where supreme beauty is identified at once with nature and chance: that is, with all that a certain traditional aesthetic considers the opposite of art.” 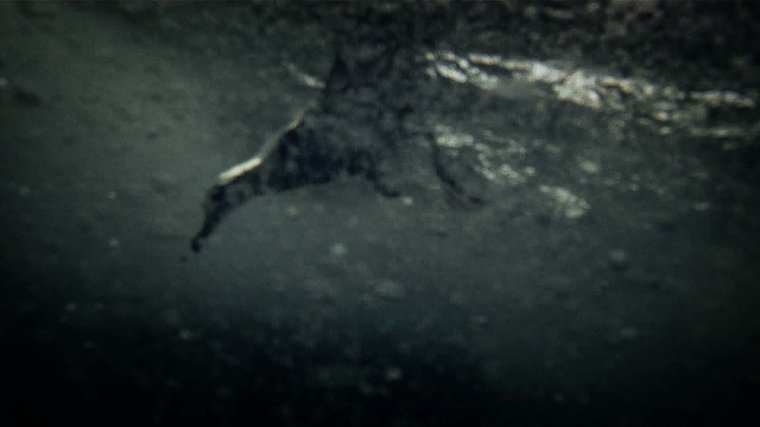 As said by the film-makers, “we still wanted to create this multiplicity of perspectives that would relativize the human, perspectives that would make the spectator rethink humanity’s relationship to nature, in relationship to a plethora of other beings, of other animals, of other kind of inanimate objects – the elements, the earth, the sky, the sea, the boat, mechanization, fish, crustaceans, starfish – everything that is involved in the ecology of what’s going on in industrial fishing today.”

Birds fly above the vessel like sharks swarming in a prescient way and prey on the fishermen’s catch, just as Ishmael saw sea fowls sample the delicacies which clung to the back of whales.  These perspectives not only outline the wider ecology of fishing, but capture indescribable beauty that demands to be seen on the big screen.

Make sure to get yourself to one of the screenings from 29th November.