War Matters, a documentary chronicling 10 years of anti-war protest in the city of London, will be on DVD and online release from 14th May 2014.

See their event page for details of a free screening of the film on the same date at the Common House in London, followed by a Q&A with Director Chester Yang.

We interviewed Chester last year about the issues highlighted in the film and the challenges he faced, and continues to face, as a film-maker focusing on protest:

How did you come to making War Matters?

I was born in Sierra Leone and grew up under various gangster dictatorships where if you protest in the streets, you can get shot and killed. To bypass this danger I got involved in theatre activism in my teens and campaigned for free-education across the whole country, but when the Civil War broke out I came to London in 1996 to escape the horror, and I had my first experience as an actual participant in a protest in 1998 when hundreds demonstrated against the Tony Blair government for selling over £3 million worth of weapons to Sierra Leone to quash the rebels while the country was under a UN arms embargo. 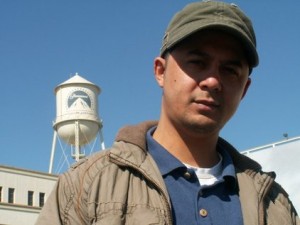 I was fascinated to see democracy in action on the streets as I had never experienced this before, and when the Iraq war was announced I took to the streets with my camera on the 15th of February 2003, to join the million others who protested against the war in Iraq. In Sierra Leone there is a saying about the West, that if someone just pricks your finger you can sue that person for millions, so I thought your rights as a citizen are so important over here, but when I saw a policeman hitting a protester with a baton, I was extremely shocked, and I thought that maybe things aren’t quite what they appear. I have been filming protests ever since in an attempt to grasp the true nature of Western democracy.

What kind of resistance footage do you use? Is it filmed by you or have you used archives, or both?

I shot around 92% of the film and the other 8% is archive footage from the news. The only reason I used archive footage was because no politician or police representative were willing to talk to me about the issue, so the only way I could portray their point of view was to use the news. You have to have a broadcast commission before they even consider giving you an interview, and I find it extremely worrying that you are forced to follow the official channels, with all the necessary conformity that this entails, if you want to be considered worthy of an interview with the politicians or the police. I consider it to be discrimination against independent filmmakers, and this is why our politicians have become so distant from us as citizens.

Filming bans are mentioned in the summary of the film. Did this affect the making of War Matters?

In many ways Parliament Square features as the central character of the film, so the main issue I faced was when the government tried to impose a law that stops you from filming there. There is actually a scene towards the end of War Matters where I attempt to film there without displaying my press pass and the security in the square, run by Greater London Authority, basically called the police on me.

In 2005, a clause was introduced in the Serious Organised Crime and Police Act that bans all protest in the vicinity of the House of Parliament without permission of the police. This was in direct reaction to Brian’s protest after they failed to evict him through the courts, but luckily he was able to continue his protest because he started before the act was passed. He was the last protester to remain in parliament square without police permission, so his death symbolises a great loss in the quality of our democracy. Parliament Square is such an historic space where for centuries our ancestors fought for the freedom we have today, from the Tolpuddle Martyrs, the Chartists, the revolting peasants and the Suffragettes, but finally, without much outrage from the public at all, this right has been snatched from us. The ban on filming is just an extension of this massive curtailment of our right to protest in the name of security.

What kind of creative process was involved in the editing of the film?

Originally War Matters was a much smaller part of an enormous film, forged out of my 10 years filming protests in the UK, from the anti-war movement to the student movement of 2010 and anti-austerity movement presently. But it soon became clear that this film was going to be far too cluttered, so I decided to split the film into three and War Matters is the first of this trilogy, which will be followed by Kettling of the Voices about the student movement and The Big Con about the financial crisis and anti-austerity protests.

It was a big challenge to forge a coherent story out of War Matters so we opted for a chronological approach, where the different threads of the anti-war movement over the past 10 years were tied together by the central story of Brian and his struggle against eviction, and Parliament Square acted as the physical space of orientation for the viewer which helped to connect all the various movements.

What do you think of the current output of resistance and protest films in the UK? Is there a lack in this department compared to the rest of the world?

The last significant British protest film was Just Do It: A Tale of Modern Day Outlaws, about the anti-climate change protest movement of the mid 2000s. I thought this was a very successful independent documentary, but through going to film festivals abroad with War Matters, such as the Thessaloniki International Documentary Film Festival in Greece, it became clear that there are a lot more protest films coming from the rest of Europe. I think this is because the British film industry is extremely competitive and elitist, and I share a lot of the sentiments given in Mike Figgis’s recent article for the Guardian in this regard. The main broadcasters are so big and untouchable that it’s near impossible to make anything for them as freelancers. Even Just Do It, which actually had funding (War Matters was purely self-funded) was unable to get a broadcast on any of the major TV stations in the UK. Thankfully we have been getting some attention from Al Jazeera regarding future projects, but I regret that we have to look abroad to make political documentaries.

What do you hope to achieve with War Matters?

We just wanted to explore the failure and success of anti-war movement so that we can learn what lessons we can for future protest struggles against wars. We also want to show the rest of the world that we were not all complacent about the war here in the UK, some people like Brian gave up their whole life to protest. The film is testimony to Brian’s struggle, and we want to screen it all around the country to raise awareness of these issues. So if any of your readers are interested in putting on a screening in their local community or for an event, don’t hesitate to get in touch.